I originally blogged about A Rock Painter's Brain - The Creative Process in January 2015 and realized it was time for a 2017 update. 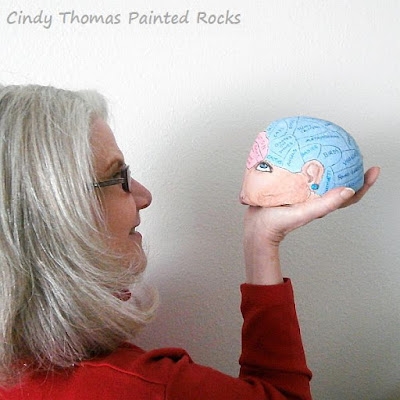 I did not apply a sealer to the brain in 2015 so I could repaint sections where my goals were met and add new items for the upcoming year.

The sections of the brain still include:

Inspiration - After 2 years, I still get my inspiration from Pinterest, Nature, and two Facebook groups - Rock Painting and Rock Painters Extension Group. 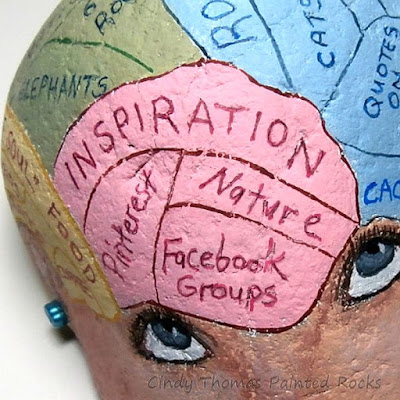 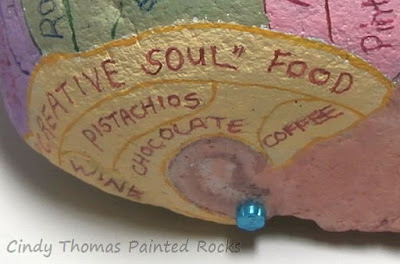 Rocks To Finish - This section is for my priority projects. In 2015, Noah's Ark was completed and gifted to a friend and elephants now replace that section of the brain. I need to start and complete a 6-sided rock. Nativities are always a priority in preparation for the upcoming Christmas season. 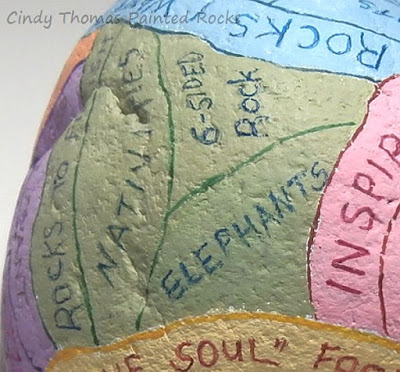 I Want - I like to buy rock painting supplies and acquired most of my wants in 2015 and 2016 - display easels, gift bags, a fine point pen, and nail art brushes. In 2017, my new wants are Posca fine point pens, white gel pen, white beach pebbles, and small pliers. 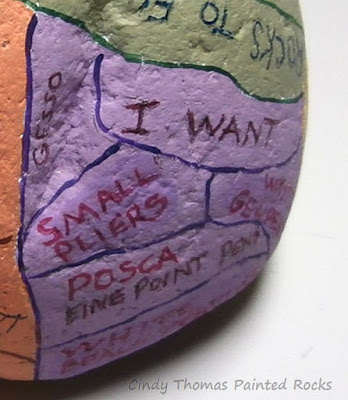 To Do - In 2015, I received a new camera and learned how to use it to photograph my painted rocks. A project I now want to accomplish is a pebble art wall hanging for my entryway porch. 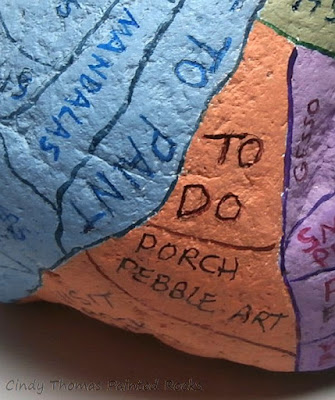 Rocks I Want to Paint - Many of these (and more) were painted on rocks between 2015 and now - matryoshkas, mandalas, owls, cactus, dogs, hearts, slimy critters. I kept most of them on the brain because they were so enjoyable to paint. Maybe I should rename this section "Favorite Rocks to Paint." 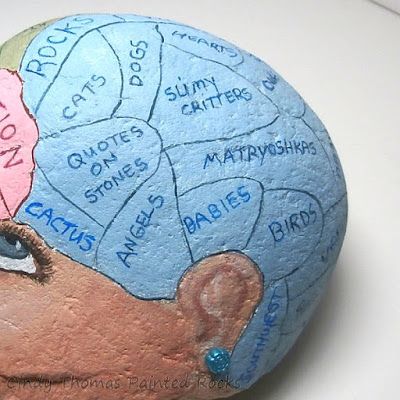 This is the mind map concept taken to the next level! 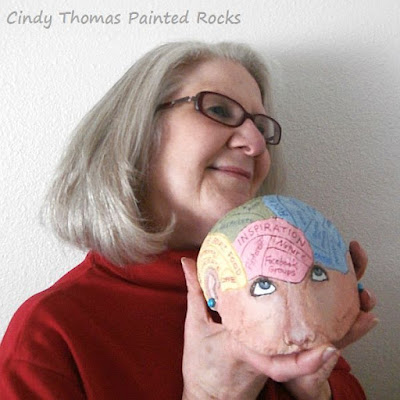 Happy New Year, everyone.
May all your rock painting dreams come true.


© Cindy Thomas Painted Rocks
Posted by Cindy T at 8:00 AM